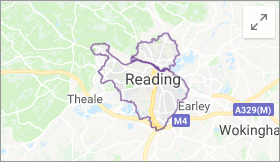 Whether you’re suffering from blocked drains in your domestic, commercial or industrial property, it is important that you get them cleared as quickly as possible. Any drainage issues which you suffer from can lead to long-term problems across your property. Thanks to drain jetting experts in Reading, you’ll be able to quickly and easily eliminate all kinds of drainage issues throughout your entire system.

High-pressure water-jetting allows our team to quickly and easily clean pipes from practically all kinds of blockages. These solutions can be used to remove oils, fats and greases from the interior walls of pipes, which are some of the most potentially dangerous ingredients within a working drain.

How Does Drain Jetting in Reading Work?

High-pressure water-jetting is one of the most efficient ways of clearing out clogged drains in a wide range of properties. It is used to great effect in homes, businesses and industrial sites across the country.

The water used in this process is stored in a tank. Using a high-pressure nozzle, the water is directed straight into the drain, in the direction of the suspected blockage. The level of water pressure used in this solution will depend on the severity of the blockage or other kinds of damage. As drain jetting is such a simple procedure, it can be applied to all drains in a very short time frame. As the process itself will only use water, high-pressure water-jetting will not cause any additional damage to the drainage system.

How Do I Know if I Need High-Pressure Water-Jetting in Reading?

Whenever you feel like your drains are starting to suffer, high-pressure drain jetting can be the way forward. Some of the most common symptoms or warning signs to look for when it comes to your drains include:

Drain jetting is most commonly used to deal with blockages in your pipes – as such, it isn’t something that you necessarily need as part of your regular drainage maintenance. However, it can be a good choice if you’re looking to prevent the build-up of a variety of waste on the inside of your pipes.

It is just as important to make sure that you are working to prevent blockages from forming in the first place as it is dealing with them when they do occur.

Can I Perform Drain Jetting Myself?

Anyone can do drain jetting, so long as you have a hose and a high-pressure nozzle. However, it isn’t really a good idea. If you aren’t familiar with the best techniques, or if you aren’t exactly sure what kind of pressure you need, you could make the problem worse.

If the water pressure is calculated incorrectly, it could either make no difference to the blockage or, in the worst circumstances, cause damage to the pipes themselves. This can lead to issues such as leaking, flooding and standing water in the drains.

How Much Does Drain Jetting in Reading Cost?

The cost of the project will depend on the level of damage caused by the blockage. Ideally, you want to combine a drain jetting service with premium CCTV drain surveys to identify the source and composition of the blockage.

Our team work to keep the cost of the project as low as possible while still providing a high-quality service. No matter how much the drain jetting service costs, it will still only be a fraction of the cost that allowing any kind of blockage to remain will create.

We offer free estimates for all jobs with the best possible advice to find the right solution for your situation.

Here at Drainage Care, we can deliver reliable and cost-effective drain jetting services for all kinds of properties, including domestic, commercial and industrial spaces. Using our high-pressure water-jetting services, we can eliminate any kind of blockage quickly and efficiently.

Our services are suitable for a variety of drainage systems, including septic tanks, to clear all kinds of drainage issues as quickly as possible. Over the years, our experienced team have delivered industry-leading services to all kinds of properties in Reading and further afield.

For more information on our wide range of drainage system services, including drain jetting, don’t hesitate to get in touch with our friendly and professional team today. You can reach us directly by calling us on 0800 193 9973. Alternatively, you can use our simple online contact form and we’ll get back to you as soon as we possibly can.